Thank you for visiting New York City attorney Sean Hayden's blog. Please check back later as this page is being currently updated! 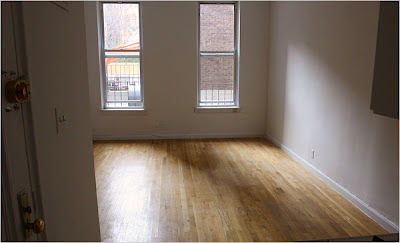 from the New York Times
April 20, 2008
Finding Your First Apartment
By VIVIAN S. TOY
THE dream: finding a one-bedroom, one-bath apartment in an elevator building with a doorman in Greenwich Village for $2,000 a month. The reality: nearly impossible.
Spring is the season when newly minted college graduates flock to
New York City to start their careers. They begin the search for their dream apartment, brokers say, with the same single-minded determination that earned them their degrees and landed them their jobs in the first place.
But that determination only goes so far when it comes to Manhattan real estate.

Sean Hayden, Esq.
New York, New York
Sean Hayden is a Manhattan based attorney whose practice focuses on trusts and estates, residential and commercial real estate transactions, and business and corporate law. He graduated with honors from Tulane Law School, Moot Court Board, and brings over 19 years legal experience to his clients and a commitment to provide exceptional personalized care. His professional affiliations include the New York State Bar Association, the New York County Lawyer’s Association, where he served as a member of the LGBT Issues Committee, and the Association of the Bar for The City of New York. Mr. Hayden has been a past speaker on diversity issues at Hofstra Law School as well as various financial planning seminars in the Manhattan area. He was a member of the faculty of the New York County Lawyer’s Association continuing legal education program for estate planning for nontraditional families. He is an avid adventure traveler who has hiked the ancient Inca Trail in Peru and among the moai of Easter Island. He is currently planning a trip to see the ancient Egyptian sites in Cairo, Luxor and Aswan.

Feel free to email Sean at Sean@HaydenLegal.com to ask a question or to schedule a consultation.